I have been looking forward to this one for a while now, especially because I really liked Hunger, and think that Carey Mulligan and Michael Fassbender are two of the best actors working today. So I was thrilled to see some good early reviews out of Venice for the film. While I think it will be a critical favorite, McQueen's style may not play well with the broader Academy, so we'll have to wait and see how this one does. For now at least it looks like it could be a contender. 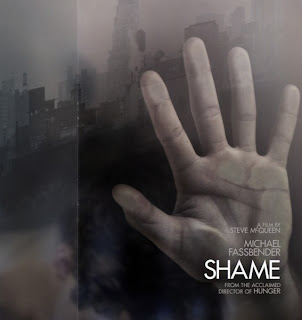 "The film is a powerful, beautifully acted sophomore film, and more than ever, we’ll be watching what McQueen does next like a hawk. [A-]”

Guy Lodge at In Contention gives it 3 1/2 stars out of four:

“Shame feels less formal, less rooted in the language of the art installation than McQueen’s previous film, Hunger, and is all the more satisfying for that. This is fluid, rigorous, serious cinema; the best kind of adult movie.”

“After ‘Hunger’, McQueen has immersed himself in a wholly different world and made a film that is similarly distinctive and exploratory and grasps you from beginning to end. He has also succeeded in making a film about an extreme character that doesn’t feel so divorced from everyday sexual desire and behaviour. You imagine McQueen feels there’s a lot of many – or all – of us in Brandon, even if his troubles feel quite uniquely tragic in the moment.”