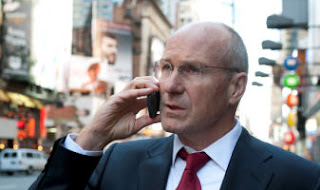 Commentary - Everyone I know is going with Edgar Ramirez, and while he is definitely the best of the bunch (which is saying a lot considering the talent involved), there are a few things going against him. It is foreign language, it didn't get the Miniseries nod. I still hope that he wins, and think that he could, but I am currently leaning towards someone else. I think Greg Kinnear and Barry Pepper are 5th and 6th respectively as neither really nailed their parts as the Kennedys (and the miniseries as a whole was less than stellar). Idris Elba had a wonderful performance, but I think it may not have enough power behind it as a whole project to win any awards. Laurence Fishburne is great, but it is basically a stage performance, and while they have been nominated recently, those types of performances have yet to break through. So I think it will be William Hurt. He is an Academy Award winner with tons of recognition, his movie got tons of big nominations unlike Carlos, and he is really the glue that holds it together and stands out among an impressive cast. This race is a tough one to call and I may change my mind before Sunday, but for now it is Hurt for the win.
Posted by Andrew at 2:21 PM