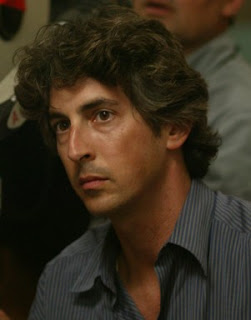 Commentary - This is a stacked race, with contenders we know are good, and others that have yet to be seen, but hail from Academy favorites. For example, The Artist and The Descendants have emerged as film festival favorites (say that five times fast), and their directors, particularly Alexander Payne have already solidifed themselves as contenders. I am a little more apprehensive about Michel Hazanvicius, as I am still not sure whether the Academy will embrace his silent masterpiece, The Artist. From there, the rest of the top five at this point feature well-known, Academy-favorite directors, although none of their films have been seen. War Horse still tops many people's charts for Best Picture, and if Spielberg is on the mark, it will be hard to ignore him. Clint Eastwood is up and down when it comes to his films, and although the trailer was not that flattering, the all-star cast and baity subject matter could push him, and his film J. Edgar, into the spotlight. Finally I am going with Stephen Daldry. I have doubted him again and again, and will not be the fool this time. Until I get word otherwise, he is going to remain in my top five.
Posted by Andrew at 4:37 PM