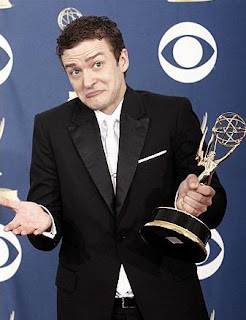 Commentary - With lots of former nominees/winners, and some new faces, this will be an interesting one to watch. This really could go any which way depending on how the Academy votes. I think it is safe to say that Idris Elba will not win, although his fantastic year in television makes the previous statement not entirely true. But his role on The Big C is not the best, and is not as funny as his colleagues. Both Will Arnett and Nathan Lane do a great job in their episodes, and their name recognition helps them a lot. But while both have decent episode submissions, I don't think that either will get the prize. For me it comes down to three. Matt Damon has been nominated for this role before, and he is pretty funny on 30 Rock, but if he couldn't win before, I don't if he can do it this time around. So then there were two. Both SNL guys are big names, and both have great episodes. Zach Galifianakis has the best monologue of the two, but the rest of the episode is not as stellar as the intro. So in the end I am going with Justin Timberlake. He has won this award before for Saturday Night Live, and he is clearly the star of his episode, stealing every scene he is in.
Posted by Andrew at 9:10 PM