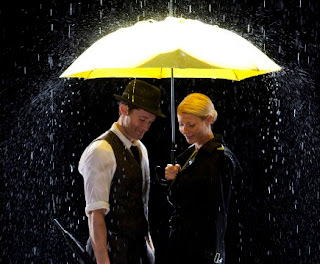 Commentary -  This seems to be a race in futlity, as I can only really see two women having a possibility at winning this award. But first let's go through the other nominees. I was thrilled when I saw character actor Dot-Marie Jones get nominated for her role in Glee, but her role this season has been more spread out, so her episode submission doesn't provide enough material. Likewise, I was happy to see Kristin Chenoweth get in again, but I thought she had a better shot last season. Because while she was funny, it wasn't the best of the bunch. Tina Fey is hilarious on SNL, and could be a dark horse, but I don't think this year she will have enough to win again. Elizabeth Banks is good in 30 Rock, but she doesn't have a lot of screen time, and to be honest, I was kind of surprised she was nominated in the first place. But for me it comes down to two. In terms of episode submission, Cloris Leachman should not win period, in fact she should be in sixth place. But she is Cloris Leachman, she's won nine of these things, and simply her presence on screen could be enough for her to win, despite the fact that she is on screen for like five minutes total. But the real winner here is Gwyneth Paltrow. She was a huge star on Glee this season, her episode is funny, she gets to show off her singing talent, and she is in a lot of scenes in a one hour show. I will be shocked if she doesn't take the Emmy.
Posted by Andrew at 10:58 AM