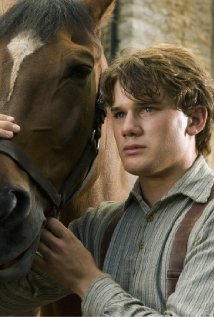 Other Contenders - The Girl With the Dragon Tattoo, The Tree of Life, Midnight in Paris, Hugo, The Ides of March, Harry Potter and the Deathly Hallows Part 1, Drive, Carnage, A Dangerous Method, We Bought a Zoo, The Iron Lady, Bridesmaids

Commentary - This is an interesting situation because of the possibility that there are only five nominees, or a possibility of ten. This makes it impossible to prediction. My predictions currently sit at nine, but this will obviously fluctuate as the season goes on. There are some huge unknowns in this race that I am still currently predicting including War Horse, which could be the historical epic of the season, as could Clint Eastwood's J. Edgar, although its trailer concerns me. On the contrary, the trailer for Extremely Loud and Incredibly Close, while schmaltzy, looks like pure Academy bait. Young Adult is missing from many pundit's list, but if Reitman is as good with this one as if was with Juno and Up in the Air, then the Academy will embrace it. However, the other five movies on the list have been seen, and are all looking like solid contenders. There are the feel good movies like The Help and Moneyball, which will rack up acting nods and will be the crowd-pleasers of the bunch . The Artist and The Descendants are both festival favorites, and Payne's movie is sure to be one of the top contenders. I am not so sure about The Artist. I think it should get in, but being a silent movie, you cannot trust the Academy's taste enough to not be sure they won't somehow be turned off by it. Finally, I am going with the British spy thriller Tinker, Tailor, Soldier Spy. It seems like a nice filler for the Academy, and Gary Oldman is getting a lot of Best Actor talk, so it is definitely a possibility.
Posted by Andrew at 9:46 AM