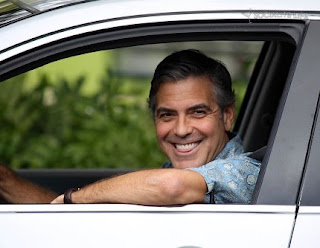 Commentary - There are not a lot of contenders beyond a handful (kind of like 2009), but those that are in the mix are fantastic (or should be), and will battle it out for the top prize. George Clooney is apparently fantastic in The Descendants, and also seems to be showing some more range, than many of his roles where he plays an extension of himself. Even if The Artist fails to woo Academy voters, being a silent film in all, I get the feeling that Jean Dujardin's fantastic performance will get recognition no matter what. Gary Oldman has been under the Academy radar for so long, but the spy thriller Tinker, Tailor, Soldier, Spy, looks like it could be the vehicle that finally gets him into the race. Now, we know nothing about Leonardo Dicaprio's performance in J. Edgar, but if it is half as good as his other ones, he will definitely be in the race. I would love to put Michael Fassbender for Shame (as many pundits have), but the film is going to have a hard time reaching an audience, so he'll need precursor support to make the cut. So in the last spot is the latest entry into the race. Of course I'm talking about Brad Pitt, who is getting career-best reviews for the crowd pleaser Moneyball, which is hot right now, and has the pedigree to stay relevant for the rest of the season.
Posted by Andrew at 5:57 PM