Other Contenders - Lee Daniel's The Butler, Mandela: Long Walk to Freedom, Blue Jasmine, Inside Llewyn Davis, Rush, Philomena, The Counselor, Elysium, The Fifth Estate, Grace of Monaco, Diana, The Hobbit: The Desolation of Smaug, Before Midnight, All is Lost, The Immigrant, The Invisible 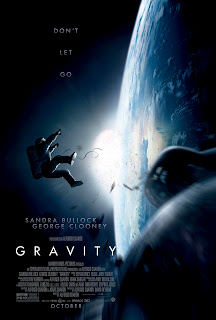 Commentary - A lot of films this year, and over the next two months we will get a good look at a lot of them, which means by October, this list could change drastically. Right now I am leaving The Butler on the outside until it hits theaters in a few weeks, as am I Blue Jasmine. Woody Allen's latest is getting great reviews, but I wonder if it is all about Cate Blanchett. Plus, it will easily be a fill in if some of the bigger projects fail to impress. Also on the outside, but not forgotten include Mandela, Inside Llewyn Davis, Rush, Elysium, Grace of Monaco, The Hobbit, Before Midnight, Dallas Buyers Club, and Diana. So now onto the actual predictions. Several projects coming out later this year are in here based on their pedigree and cast. The Monuments Men is an historical epic directed by George Clooney and starring him, as well as Matt Damon, Cate Blanchett, Bill Murray, Jean Dujardin, and many others, all of which makes it a huge contender, on paper at least. The Wolf of Wall street is the lastest project from the ever-popular Martin Scorsese, and its cast includes the likes of Leonardo Dicaprio, Jonah Hill, and Matthew McConaughey. Once again, it sounds good on paper, and the first trailer looks entertaining as hell. American Hustle looks promising as well with David O. Russell behind the camera, and Jennifer Lawrence, Christian Bale, Amy Adams, Jeremy Renner, Bradley Cooper, and Robert DeNiro all in front of it. On paper, these three look like the big frontrunners, and the baitiest of all the projects. Although there are plenty of other films that are out for blood. Gravity could finally go where Life of Pi, Avatar, and Hugo could not, being a sci-fi epic that finally wins Best Picture. Buzz so far for the film has been pretty good. After Young Adult, I'm sure a lot of people are leary of Jason Reitman, but after his successes with Juno and Up in the Air, Labor Day should not be discounted. August: Osage County's trailer disappointed some, but the acting branch is sure to rally behind its talented cast, and we know the source material is great. Captain Phillips has some real talent behind it, and is a very relevant film. It could be this year's tense thriller representative. Steve McQueen's eariler projects were ignored, but the trailer for 12 Years a Slave looks right up the alley of the Academy.  While both The Help and The Blind Side were hit hard by critics, both were extremely popular with the public, and their talented performers lifted them to Best Picture nominations. This looks like it could happen again with Disney's Saving Mr. Banks. Finally, a film that is garnering lots of support, especially with its timeliness and its emotional impact is Fruitvale Station. Its list of supporters is growing, it just hit the top ten at the box office this weekend, and it has Weinstein behind it. Seriously watch out for this one. I have a feeling it will be in our sights the rest of this Oscar season.
Posted by Andrew at 2:31 PM