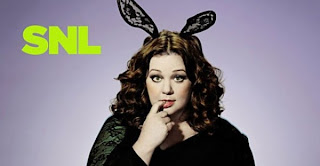 Commentary - These categories seem to always be finicky, and difficult to pick. Probably a safe bet is the great Elaine Stritch, who has won for this role before on 30 Rock, to make the cut again. I also think that Melissa McCarthy's return to SNL, which was one of the better moments in an otherwise so-so season, will also reap a repeat nomination. While I was actually slightly disappointed with the episode, Wiig was nominated so many times for SNL, and is a very popular actress, I expect her to make the cut again. Louie may for the first time branch out into other acting categories, with several buzzed guest spots in both categories. Parker Posey was a force in her appearce, and I expect her to be in no matter what. Melissa Leo is an Oscar-winning actress, and too is great in her stint, but I think she is not as safe, neither is my final prediction Elizabeth Banks who is hilarious (and has been for several seasons) on Modern Family. There are just so many contenders that could overtake these two actresses (hell even the other four as well), that no one is really safe. Liza Minnelli + Arrested Development = Emmy gold? Maybe, but it is definitely a big name to pass up on a popular ballot. Glee's Dot-Marie Jones was underestimated every season since she joined the cast, and this year is no different, so don't be surprised if she makes it in again. She will face some serious competition from two other guest stars on this season of Glee including Kate Hudson, and more specifically, television favorite Sarah Jessica Parker. Megan Mulally is a favorite as well and definitely made her mark on Parks & Recreation. Other names include Molly Shannon, Octavia Spencer, Allison Janey, Shelley Long, and Catherine O'Hara, all of whom are popular actresses in baity roles. This could be a wild one to the finish line.