Will Win - Behind the Candelabra

Could Win - Downton Abbey, Top of the Lake, or AHS: Asylum 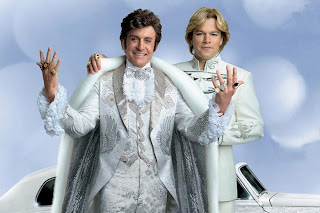 Commentary - Downton somehow managed to repeat a nomination here, despite the fact that it is now a full blown Drama Series, but it could be a winner again. But my guess, if history of the TCA repeats itself, that the most talked about program, which also happened to be a critical favorite, and the program that HBO produces, will be the frontrunner. Expect the popular Behind the Candelabra to take the prize, although Top of the Lake could surprise, and never forget American Horror Story. It has a strong fan basel, and this season's anthology was liked by critics as well.