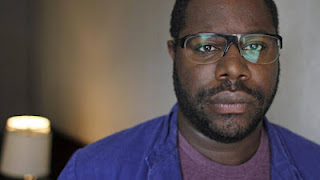 Commentary - A tough bunch this year, but there are definitely some directors on the rise, even if they are not currently in my top five. John Wells and Lee Daniels are Weinstein backed and directing huge casts. Jason Reitman had a bump in the road in terms of Oscar with Young Adult, but Labor Day could be his ticket back in. Ryan Coogler is the up and coming director, the potential Benh Zeitlin this year. Blue Jasmine is getting rave reviews, and Woody Allen just recently added an Oscar to his collection for Midnight in Paris, so don't leave him out of your thoughts. John Lee Hancock could build on his Blind Side love, JC Chandor on his Margin Call love, and previous nominees Paul Greengrass, Joel and Ethan Coen, and Ridley Scot all have baity projects. But so far, I think they are all on the outside looking in. Returning to the race this year could be David O. Russell. After his nods for The Figher and Silver Linings Playbook, he is definitely on the Academy's radar. Seemingly always on their radar is George Clooney, who could get multiple nominations, including another directing nod for his Monuments Men, which has Oscar bait written all over it. Every time Martin Scorsese makes a film, he is a top contender. Many thought he was close to a win for Hugo, and The Wolf of Wall Street could put him back in the race. Finally, I think that despite all of the veterans in the race, that a couple of newcomers could make an impact. The last several years, nominations for Ang Lee, James Cameron, and Martin Scorsese for Life of Pi, Avatar, and Hugo respectively, show that the directing branch respects fantasy/sci-fi epics and their directors if they are really well made. Gravity is getting loads of positive buzz, and Alfonso Cuaron could join the list (as could Neill Blompkamp for that matter). Finally, 12 Years a Slave looks like the perfect project to show the incredible talent of Steven McQueen, while having enough of a sensibility to appeal to a broader audience than his previous works.