2013 Emmy Nomination Predictions: Best Made for Television Movie or Miniseries 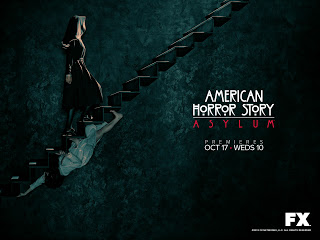 Commentary - A surprisingly tough category this year, there are at least nine or so shows that could legitimately be nominated come Thursday morning. I feel pretty confident that this year's race will come down to Behind the Candelabra and American Horror Story: Asylum, the former most likely being the choice of the Television Academy. Beyond that there really seems to be no safe contender. Top of the Lake was a critics' favorite, and features some top-notch Emmy-favored actors including Holly Hunter and Elisabeth Moss. I expect it to get in, but being in Sundance, and being more of an independent project could lead to a surprising snub. Political Animals failed to do well enough to merit a second season, and the critics were mixed. But the star power of Sigourney Weaver and Ellen Burstyn, along with the political theme should be enough to attract voters to check it off on their ballot. The final two slots could be tricky. Due to its great reviews, many people have put Parade's End into the mix, as had I originally. But I have heard very little buzz for the project, and it doesn't look like it will hit well in other categories. In contrast to Parade's End, Phil Spector did rather poorly with critics, but its popular actors Al Pacino, Helen Mirren, and Jeffrey Tambor are expected to be nominated, and it aired much closer to ballots with lots of buzz, and a baity subject matter. This could easily be a case where the Emmy voters and the critics are at complete odds. I do hope that I am wrong. In the final slot I am going out on a limb. Hollywood is not exactly religious, and efforts like The Girl, Betty and Coretta, and The Big C Hereafter definitely seems right up their alley. But this year History (the minds behind the Emmy-award winning Hatfields & McCoys), repeated earlier successes with the massive hit The Bible. I initially wrote it off for Emmy consideration because it honestly wasn't that good. But the ratings and buzz are hard to ignore, the couple behind it Mark Burnett and Roma Downey are well-respected in the industry, and History clearly knows how to play its Emmy cards (as we saw with H&M last year). I think that many people are going to be shocked when the miniseries makes the top six.
Posted by Andrew at 2:03 PM