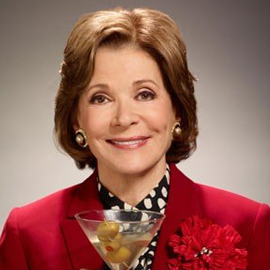 Commentary - Will Julie Bowen win her third in a row? Nothing its out of the realm of possibility, but she definitely comes in as the frontrunner for a third year. Sofia Vergara could have won an Emmy if she would just submit the right episodes. Once again though, I definitely think she is in unless the Emmy voters have completely moved on from Modern Family (which I highly doubt). Jessica Walter, who was nominated before for Arrested Development (and has an Emmy win with four nominations), is definitely the type of showy (drunk) character that does well in these supporting categories, and she brought her A-game in this season. Jane Krakowski surprisingly missed the cut last year, and there are two theories that support it. One is that it was a fluke of voting, and that she will come back for 30 Rock's final season, or two, the voters have simply moved on. This year I am going with theory number 1. Merritt Wever (in my opinion) was more of a fluke, and I do not expect her to repeat. Also Kathryn Joosten got in for final role and for the final season of Desperate Housewives, a double sentimental threat that may have knocked Krawkoski out. This year Joosten is unfortunately no longer with us, and I just am not feeling Wever, so I think Krakowski makes it back in. The final two slots are a bit tricky. Other than Jim Parsons, no Big Bang cast member has had more than one nomination (basically Galecki didn't make it back in). But, even though she had less to do this season, the quirky Mayim Bialik is right up the voter's alley when it comes to these supporting categories. Finally, I think that after years of trying in the Lead Actress category and failing to get nominated that Kaley Cuoco, who has been the heart and soul of The Big Bang Theory for years now will finally get her first nomination. She needs to be on the lookout though for veterans Jane Lynch and Betty White, the supporting girls Allison Williams and Zosia Mamet, the aforementioned Merritt Wever, and lone contenders Kate McKinnon, Anna Chlumsky, and critics' favorite Eden Sher.
Posted by Andrew at 4:08 PM