Other Contenders - Despicable Me 2, Epic, Cloudy With a Chance of Meatballs 2, Freebirds, The Croods, Turbo, The Congress, Dorothy of Oz, The Apostle, A Letter to Momo, The Legend of Sarila, The Snow Queen, Walking With Dinosaurs 3D 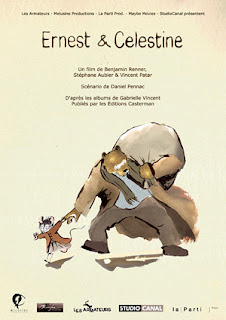 Commentary - This year is clearly not going to be as good as last year's crop in the Animation field. Last year Brave, Wreck-It Ralph, Frankenweenie, and ParaNorman, were all excellent efforts and all Oscar nominees/winners. So far, hits like Despicable Me 2, Turbo, The Croods, and Epic have all done well, but their reviews are lackluster to say the least. Even Monsters University, which I fully expect to ride the Pixar wave all the way to an Oscar nomination, definitely underperformed in terms of critical acclaim, when compared to Pixar's high standards. That being said there are definitely some big names still left to be seen this year, that could easily emerge as Oscar contenders. Two foreign entries could make a play, after last year's field yielded nothing out side of the US or UK. Ernest and Celestine is apparently wonderful, and could put GKIDS back into the race after missing out last year (they did get two in the year before, so they are still strong). Hayao Miyazaki's The Wind is Rising is sure to be a strong contender, despite Ponyo missing the cut a couple of years ago. Then comes the Disney juggernaut. After Cars 2 was such a bomb (relatively speaking), I'm not confident that Planes will be a huge draw for Oscar voters. But this time it is a different franchise, and it could end up surprising all of us. Finally, I think that the dark horse this year could be Frozen. The teaser trailer was funny, but did have an Ice Age vibe. If the film can prove to have wonderful depth, it could be Disney's year, exacting revenge for last year's Wreck-It Ralph loss.
Posted by Andrew at 7:33 PM