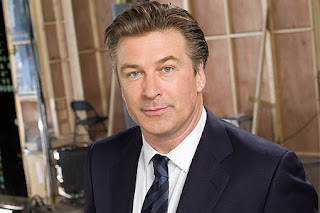 Commentary - This year, the Best Actor in a Comedy Series race is actually sort of a race. There are at least nine guys that could legitmately make the cut. This is actually sort of a surprise, considering that this race has been a big dud for many years. I think that there are three guys that are locked and loaded. Previous winners Alec Baldwin and Jim Parsons will probably be the two frontrunners going into the nominations. The other lock is Louis C.K. Every year a slew of pundits predicts him, and every year they are wrong (this pundit has done it as well). This category has yet to reward a guy who basically plays a version of himself. Now rules were made to be broken so we'll have to wait and see. All of that being said, the nomination is a lock. If Arrested Development does as well in nominations as I predict, then Jason Bateman is probably pretty safe as well. The last two slots are tricky. I am so tempted to put Jake Johnson in for New Girl, but he, along with previous nominees Matt LeBlanc and Johnny Galecki face two stiff competitors. Jon Cryer's win last year was so shocking to many, and made most people angry. That being said, he is clearly a favorite among the Emmy voters, and until they prove me wrong I will continue to pick him. The final slot is tricky, as I think that House of Lies is basically a dud, and was not an Emmy favorite last year. But Don Cheadle is the movie star of the bunch, is a well-respected actor, and had a high profile Golden Globe win this year to add to his resume. While I think he is the most vulnerable, I still think he has enough star power to beat his competition.
Posted by Andrew at 8:33 PM