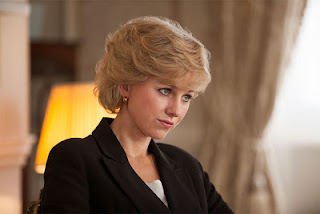 Commentary - An all-star lineup this year could ensure a tremendous race, and right now names like Nicole Kidman, Marion Cotillard, Judi Dench, and Emma Thompson (all Oscar winners), are on the outside looking in. The best place to start is with this year's biggest contender of the early season the great Cate Blanchett, who is said to be just tremendous in Woody Allen's Blue Jasmine. Allen has always written incredible parts for his females, and when they knock it out of the park they not only get nominated for Oscars, but they win (Diane Keaton, Dianne Wiest, Penelope Cruz, Mira Sorvino). Of course no Oscar race would be complete without a few legends, and the great Meryl Streep returns to the race this year with her role in August: Osage County, which even if the film is bad, could still earn Meryl her 18th Oscar nomination. Another popular nominee is Kate Winslet. A lot of people seem to be overlooking Labor Day this year despite the pedigree, and the last time I went to bat for Young Adult, I got burned. But I think the film has a lot of potential, and Winslet is always a safe bet. Not always a safe bet is the science fiction genre. But Sandra Bullock will get an incredible amount of screentime, and if the film is successful, she could be a rare genre nominee. Plus she is a recent winner and still one of the biggest film stars on the planet, aka she is hard to ignore. Finally, I was choosing between two biopics that will have Oscar bait written all over them. In light of the birth of Prince George, royal fever has once again struck America, and even if Diana turns out to be another Iron Lady, the popular Naomi Watts could still here her name called on Oscar nomination morning.