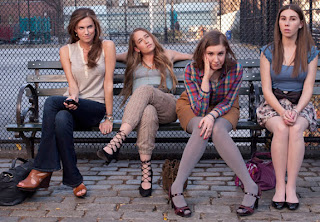 Commentary - With Curb Your Enthusiasm out of the race, there is at least one spot open for the taking. Of the returning shows, my guess is that Modern Family, The Big Bang Theory, Girls, and the final season of 30 Rock are all safe bets to return. Veep only got two nominations last year, including this one, and while its second season is certaintly funny, I think it is incredibly vulnerable. The elephant in the room this year is Arrested Development. The reviews are in, and while they are good, there seems to be more detraction than in the previous efforts. But I think the biggest obstacle AD will have to face is not the reviews or the ratings, but instead the medium. I am still not sure that the Television Academy, which was so slow to embrace cable, will respond this quickly to the new online medium of Netflix. That being said, Arrested Development is an established name and it has a better chance of overcoming that handicap than its drama counterpart House of Cards. That still leaves one spot (if we assume that Veep is not a lock). Louie has consistently done better at the Emmys since it first started, and I think that this is the year that it could finally break into the top race. Other contenders include previous nominees like Parks & Recreation, Glee, Nurse Jackie, and the last season of The Office, although all of them seem to have peaked at the Emmys. I also think that New Girl, which mananged to miss the cut last year but got lots of key nominations, is a show to watch out for. Finally, some outside contenders like The Middle, Episodes, Community, Happy Endings, The Mindy Project, and Bunheads are all looking to surprise and overcome the Goliaths in the race.
Posted by Andrew at 9:48 AM