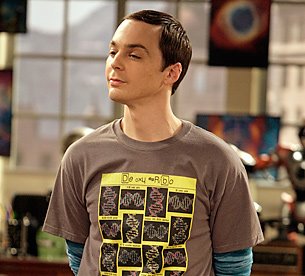 Commentary - Will Louis C.K. ever win this category? Unfortunately history is not on his side. There have been many shows over the years where the main characters were playing slightly different versions of themselves (think Larry David in Curb Your Enthusiasm), and they tended not to do well. But he will probably be nominated alongside Jim Parsons and Alec Baldwin, these three being the best bets for the win. I guess Jon Cryer could win again, but I am hoping that the Academy got a lot of flack for his win last year (not completely shocking considering the episode submissions, but undeserved either way). But he will probably be nominated either way. If Arrested Development is any good then Jason Bateman could return, as could Johnny Galecki, who was left out last year for Larry David and Don Cheadle, but may have enough support to get back in. Speaking of Don Cheadle. I know he's a great actor and the movie star of the group, but House of Lies was just not very good in its second season, and sadly, none of the talented cast really deserve any recognition. New Girl's Jake Johnson made a smart move this year going lead, opening up the supporting category for his two co-stars, and now being placed in a relatively weak category where he has a real shot of getting in without Modern Family dominance. Some new contenders like Andrew Rannells, Justin Bartha, and Matthew Perry, but with Go On and The New Normal cancelled recently, it probably hurts their chances. Other names to look out for are the Parks & Recreation guys, Matthew Morrison, Matt Leblanc (who wasn't eligible last year, but was nomianted the year before, so definitely one to watch for), and Joel McHale.
Posted by Andrew at 8:52 PM