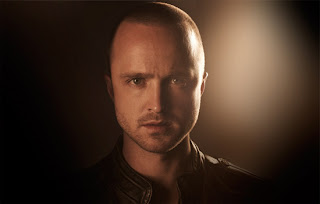 Commentary - We know for a fact that not all six nominees can come back this year, as Giancarlo Esposito is not on Breaking Bad, and Brendan Coyle was not submitted this year, instead the Downton folk opted for Jim Carter again and this time, Rob James-Collier, who definitely had meatier material than Coyle this year, and is definitely in the race. This time Breaking Bad has another name to add to the list, along with last year's winner, and that is Jonathan Banks, who definitely pull a Esposito and get in. Last year, Mandy Patinkin missed the cut, but as Homeland continues to rise, I think that the previous Emmy winner has a better shot. Another previous winner, Peter Dinkalge is sure to reenter the race as Game of Thrones gets more popular week in and week out. Some new shows offer some offerings that are baity including the great Sam Waterston for The Newsroom, Noah Emmerich in The Americans, Laurence Fishburne for Hannibal, Powers Boothe for Nashville, and Corey Stoll for House of Cards. Of the bunch watch our for Stoll and Waterston. Walton Goggins has already been nominated for Justified, but he was left out last year, and John Noble has never been nominated, but maybe Fringe can make an Emmy push in its last season (probably not). Then there are the guys from Boardwalk Empire, Mad Men, and The Good Wife. These lists of guys include lots of previous nominees and some winners, but I wonder if they can make it in after all of them missed the cut last year. Of the bunch, Charles, Cumming, and Slattery have the best shot. The one contender I think could be a wild card is the great Larry Hagman, who recently passed away. He could easily end up like Kathyrn Joosten, receiving one last nod as a tip of the hat to an incredible television career. I kind of hope he does, as he never won an Emmy in his career. Finally, I would like to make a plug for at least one of the Southland guys to make the cut. Unfortunately (but not surprisingly), it was cancelled by TNT. These guys, along with the fantastic Regina King, created incredible characters and week in and week out and they deserve at least a nomination.
Posted by Andrew at 10:25 AM