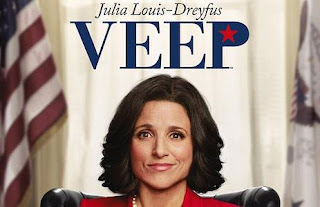 Commentary - This race was so stacked last year that they had a tie somewhere and came up with seven total nominees. Well, this year, all seven are returning to the race, and the question remins, will it happen again? My guess is no, but then the other question pops up: who gets left out? McCarthy seems like the obvious choice, but she is clearly well liked and just had another outing on SNL which gives her some nice coverage going into voting season. Nurse Jackie had a better year in the guilds, even managing a SAG nod, but I wonder if Edie Falco will finally miss the cut. Probably not. Zooey Deschanel was great as always on New Girl, but unfortunately her love story with Jake (which I did enjoy), also meant some of her quirk was downplayed. Will this affect her getting in again? These questions will probably not be answered until the nominees are revealed. Beyond those seven, there are other names that we will forget or put on the backburner but shouldn't. Lea Michele and Martha Plimpton are both previous nominees, so they are always possibilities. Patricia Heaton is excellent on The Middle, and while the Emmys have continually ignored the show, one of these days they may catch up. The rest of the names are all possibilities, but honestly the only other two that deserve real consideration are Laura Dern (although the show was cancelled), and a new addition. Of all the new comedies on tv this year, the only real new contender to emerge in this category is the excellent Mindy Kaling. I think she deserves a nod, but I'm sure the show as a whole will be embraced.
Posted by Andrew at 10:16 AM