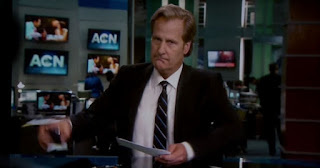 Commentary -  For all the names on this list (and there are a lot of them), it seems that the race is really between less than a dozen of them. The usual suspects of Jon Hamm, Damian Lewis, and Bryan Cranston, all look to return with relative ease. And even if the Television Academy does not embrace the new format of Netflix with open arms, I could still see Kevin Spacey being a strong contender, simply because he is Kevin Spacey. Looking to return, but not as strong are names like Steve Buscemi, Michael C. Hall, Hugh Bonneville, and Timothy Olyphant, all of whom are great possibilities, but are not locks. The one I think that all of these guys need to look out for is Jeff Daniels. The Newsroom wasn't the most popular series, but if he can get in (which I think he will), he will be a tough contender for the win. He has all those Aaron Sorkin ranty monologues that are brilliant, and brilliantly delivered. More importantly, he gives the type of performance that simply wins Emmys. Of the other contenders, be on the look out for Matthew Rhys, Kevin Bacon, Travis Fimmel, Andrew Lincoln, Kelsey Grammer, and Nathan Fillion, who are outside possibilties, outside being the operative term.
Posted by Andrew at 7:23 PM