2013 Cannes Film Festival: Only God Forgives and All is Lost Reviews

First we'll start with JC Chandor's latest All is Lost featuring Robert Redford. I liked Margin Call, and the reviews for this one are pretty good, especially for Redford who is already garnering early Oscar buzz for his performance.

"As close to pure existential cinema as American filmmaking is likely to get these days, “All Is Lost” finds writer-director J.C. Chandor decisively avoiding the sophomore slump with a picture that could scarcely be more different from his 2011 debut, “Margin Call.” An impressively spare, nearly dialogue-free stranded-at-sea drama that strips characterization down to basic survival instinct, this emotionally resonant one-man showcase for Robert Redford faces a fair number of marketing challenges, given its audacious minimalism and proximity to a much splashier castaway adventure, 'Life of Pi.'"


Andrew Pulver was a little less enthusiastic claiming that the one man show is almost too spare, but still
praises Redford:


"On one level this pared-down strategy makes for a beautifully simple idea: we are presented with the human as animal, scrapping with the fish and sharks (occasionally seen, creepily, circling under Redford's craft). But it also makes forcefully clear the advantages of the conventions of character fleshing-out: we are never allowed inside Redford's mind, and the character remains almost entirely opaque. That said, Redford delivers a tour de force performance: holding the screen effortlessly with no acting support whatsoever. After a period of scaling back his acting work, to accommodate directing and the Sundance festival, he now appears to be re-emerging energised." 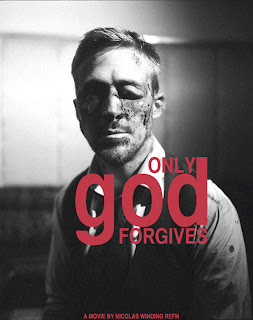 The other film that  I was really excited about was Nicholas Winding Refn's Only God Forgives. It appears that unlike with Drive, where critics united behind it despite its European style and its ultra-violence, this film appears to be very divisive. I still think it will be an interesting watch, but it makes me wonder if it is not going to be as good as his previous effort.

Peter DeBruge from Variety was not impressed:

"The wallpaper emotes more than Ryan Gosling does in “Only God Forgives,” an exercise in supreme style and minimal substance from “Drive” director Nicolas Winding Refn. In retrospect, the controlled catatonia of Gosling’s previous perfs is nothing compared to the balled fist he plays here, a cipher easily upstaged by Kristin Scott Thomas’ lip-smacking turn as a vindictive she-wolf who travels to Bangkok seeking atonement for the death of her favorite son. As hyper-aggressive revenge fantasies go, it’s curious to see one so devoid of feeling, a veniality even “Drive” fans likely won’t be inclined to forgive."

David Rooney at The Hollywood Reporter says that fans of Refn's will enjoy the film:

"If Drive was a chill muscle-car cruise through the pulpy noir territory of late 1960s and ‘70s getaway movies, bathed in cool blue neon, Nicolas Winding Refn’s follow-up, Only God Forgives, is a hypnotic fugue on themes of violence and retribution, drenched in corrosive reds. The skeletal narrative mixes martial arts action with sexually loaded mother-son conflict that makes superficial nods to Shakespeare and Greek tragedy. Even more than the Danish director’s previous film, this one has way more style than subtext, not that it’s likely to diminish its cultish allure for avid genre fans."
Posted by Andrew at 8:31 PM