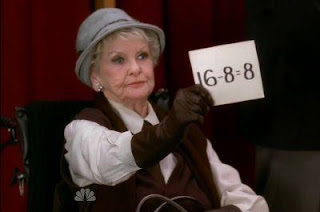 Commentary - With so many names, it is probably best to tackle them show by show. First there is 30 Rock, which has always done well in the guest categories. Once again there are a lot of potential names, but I think that the two to watch out for are Elaine Stritch, who has won for this character before and Catherine O'Hara. SNL always has a list of potentials, and while Jennifer Lawrence and Anne Hathaway both won Oscars this year, I think they are going to have to wait in line behind SNL returning star Kristen Wiig, and one of television's hottest stars at the moment (and a nominee for SNL last year), Melissa McCarthy.  Modern Family (unlike 30 Rock and SNL), has never done that great in its guest categories, but I think that Elizabeth Banks could get in this year. Glee on the other hand, has always done better in its guest performances, and while Sarah Jessica Parker and Kate Hudson are the obvious choices, watch out for two-time Emmy nominee Dot-Marie Jones, a character actor popular among the Television Academy, who remains one of the best parts of the show. This year, Louie may get some acting nods beyond Louis C.K. himself, including potential nods for Parker Posey and Melissa Leo in this category. Finally, look out for the guest turns of Kristen Wiig and Liza Minnelli in Arrested Development and Megan Mullaly in Parks & Recreation as real possibiltiies as well.