2013 Emmy Contenders - Best Actress in a Television Movie or Miniseries 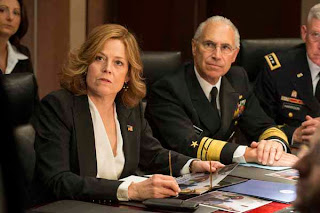 Commentary - Jessica Lange was clearly the lead this year in AHS, and once again, she blew away critics and audiences with her Sister Jude. At this point, her popularity in the Television Academy will definitely be enough for a nod, but can she repeat? I personally loved Political Animals, but I know it had its critics. That being said, I think that Sigourney Weaver has enough support to get in. Elisabeth Moss' role on Mad Men has been lacking this season, but Top of the Lake was beloved by critics, so expect her to at least get in here. Not well liked by critics was Phil Spector, that being said Helen Mirren has won several Emmys in this category, and her name on a ballot might be hard to pass up. Laura Linney did not get nominated last year in the crowded Best Actress race, but she is well-liked among the Television Academy and this race has a little more wiggle room. Charlotte Rampling managed a SAG nod, but will Restless play well with the Academy as a whole? I personally loved the performances of Angela Bassett and Mary J. Blige in Betty and Coretta, while also realizing that the film as a whole did not add up to greatness. Mary and Martha was also slightly disappointing, but never discount names like Hillary Swank and Brenda Blethyn. Also watch out for Queen Latifah, Sienna Miller, and Rebecca Hall, who are definitely on the radar.
Posted by Andrew at 7:35 PM