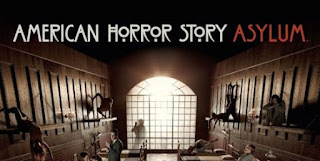 Commentary - Last year, American Horror Story led the nominations but ended up losing to the politically charged Game Change. Will Asylum have the same fate this year? Honestly it looks like the answer may be yes, as Steven Soderbergh's Behind the Candelabra is hitting the circuit at the just the right time with its premeire at Cannes and its rave reviews. But it is not the only competition that AHS will face. Top of the Lake was well-liked by critics after its premeire on the Sundance Channel and features top performances from Emmy favorites Elisabeth Moss and Holly Hunter. One of the my personal favorites is Political Animals, which failed to get picked up for a second season, but was juicy political drama that while trashy at times was always entertaining and featured some great performances from top-notch actors, especially Sigourney Weaver. HBO has several more contenders including the big British entry Parade's End, Mary and Martha, Phil Spector and The Girl. The latter three were mixed in terms of reviews, but all of them have HBO and star power behind them  Other contenders include The Hour, which many thought would get in last year, the remake of Steel Magnolias, the final season of The Big C, the Civil Rights saga Betty and Coretta, and Kenneth Branagh's return to Wallander. But I think that the real dark horse here is The Bible. It may not have been a critical favorite, but it has Mark Burnett and Roma Downey behind it, both of whom are well-liked within the television community. Furthermore, it was a huge hit in the ratings, and honestly, I think it may be too big to ignore.
Posted by Andrew at 11:16 AM