Best of the Emmy Awards: Winners - Best Supporting Actor in a Made for Television Movie or Miniseries

Commentary - A lot of big names in this category, including legendary Oscar and multiple-Emmy winning actors. But when I looked at this category for the first time, it seemed like such an easy choice. Angels in America had one of the best casts ever assembled on any television movie or miniseries (heck one of the best on any television program period). And to me, probably the most effective performance of the bunch was Jeffrey Wright's Belize. He was emotionally raw and visceral, and gave a flawless and timeless performance. I also think that he is one of the most underrated actors working today, just waiting for that right role that will launch him into the stratosphere of fame. Until them, we can always enjoy his acting gems, particularly this one. 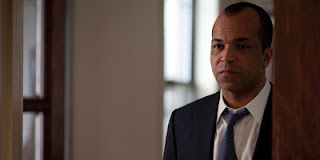