Best of the Emmy Awards: Winners - Best Actor in a Made for Television Movie or Miniseries

Commentary - This one was a pretty easy choice. Al Pacino is one of the greatest actors of all time. He has tackled some of toughest roles on stage, and in television and movies. One of his greatest roles, and one of his most emotional effective roles was that of Roy Cohn. The struggles of his character, from hiding his homosexuality, to the brutal struggle with AIDS, all the while still denying who he is. Pacino's take on this conflicted character brings out both love and hate from its viewers, and gives the character such weight and passion that it is hard to ignore the enormity of this incredible performance. 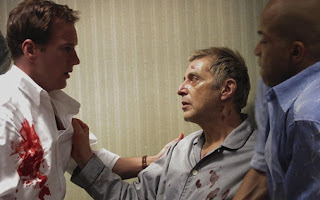