Best of the Emmy Awards: Winners - Best Writing in a Made for Television Movie or Miniseries

Commentary - Tony Kushner is one of the most successful playwrights working today, and his ventures into television and film have been equally extraordinary. Angels in America was a bold, and absolutely brilliant miniseries. A lot of credit goes to the incredible, Emmy-award winning cast, but a lot of credit also goes to the incredible screenplay by Kushner that was tought-provoking, brilliantly laid out, and impeccable emotional. It is also the best screenplay ever written for a television movie or miniseries, period. 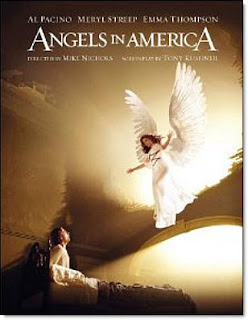