Best of the Emmy Awards: Winners - Best Guest Actress in a Comedy Series

Commentary - Over the course of its seven year run, The Mary Tyler Moore Show featured Cloris Leachman's Phyllis Lindstrom in a total of 34 episodes. She played the snobby apartment manager that provide tons of laughs and conflicts with both Mary and Rhoda, and became one of the most recognizable recurring roles on television. Furthermore, it cemented everything that we still love about Cloris Leachman, her wit, her humanity, and her ability to play any character she is asked to. She  is one of the Television Academy's favorites (and mine), and it is not hard to see why. Furthermore, by honoring her for this role, The Awards Psychic is also giving a nod to her incredible television career which has netted her a total of nine Emmy Awards (8 Primetime and 1 Daytime). 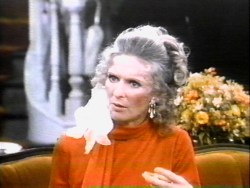