While it will be a few weeks before we know the full list of films slated for the 49th New York Film Festival, we do know that Roman Polanski's highly anticipated adaptation of God of Carnage, simply titled Carnage this time around, will open the festival come September 30th. I have been cautious to put this film into too many categories, as I am not sure how it will play considering Polanski's status as a child molester and law evader. But with this cast and prime release date I think that Carnage could become a player, at least in the acting categories, considering it has three Academy Award winners and another Academy Award nominee. 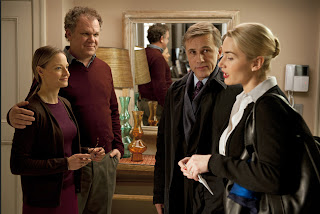