Commentary - Once again, a tough category to predict. Spielberg is seen by many as the clear number two. And while I hope he wins, I get the feeling that the buzz for Lincoln, with the exception of Day-Lewis, is just dead. David O. Russell is really the dark horse, and if he wins, we will see  just how powerful Harvey is in Hollywood (as if we didn't know all ready). But my guess is that all of those potential technical wins for Life of Pi will lead the well-respected and well-liked Ang Lee to his second Oscar victory. He is the star of his movie, which received 11 nominations, and while it is close, I expected him to squeak out victory. 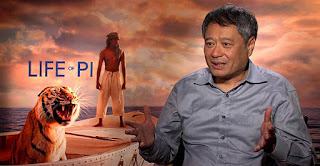