Best Film Editing
Will Win - Argo
Could Win -  Zero Dark Thirty, Silver Linings Playbook, Life of Pi, Lincoln
Should Win - Zero Dark Thirty or Lincoln
Commentary - Even when I thought Lincoln was going to win Best Picture, I felt that Argo would be the most appealing in this category. If an upset is bound to happen, we will probably see if first in this category. So if Lincoln, Life of Pi, or SLP win, it could be a sign of things to come. Zero Dark Thirty is actually the best edited film of the year, and they could throw it a bone the way they did The Girl With the Dragon Tatto (And ZDT managed the Best Picture nod). But these possibilties are all pretty slim, because of Argo's steamrolling through the branches, and its most likely Best Picture win.

Best Sound Mixing
Will Win - Les Miserables
Could Win/Should Win - Skyfall
Commentary - Like Roger Deakins, it is incredible and ridiculous that Greg P. Russell has been nominated so many times (16! in this case), and has not won at least one Academy award. So if I had a vote, Skyfall (which coincidentally I liked a lot better than Les Mis) would get it. But alas, Les Miserables was the frontrunner simply for being a musical, which have been rewarded in this category a lot. The Academy equates the loudest with the best, so a musical seems like an appropriate choice. Plus, it just won the CAS award showing Academy voters that even within that community they want Les Mis. I think it gets the Oscar. 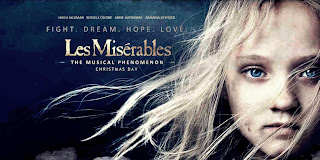