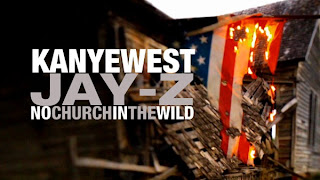 Commentary - West's Mercy is a great hit, but why honor him there when they can get him and Jay-Z with N**gas in Paris. The only big competition will probably come from Drake and Lil Wayne, but they have lacked the overall Grammy popularity of West and Jay-Z.

Best Rap/Sung Collaboration
Will Win/Should Win - Jay-Z and Kanye West feat. The-Dream and Frank Ocean "No Church in the Wild"
Could Win - Nas and Amy Winehouse "Cherry Wine"
Commentary - Grammy voters may relish one more time to honor the late Amy Winehouse, and, as hard as it is to believe, Nas has never won a Grammy Award. But that being said, I think that the dream team of Jay-Z, Kanye West, The-Dream, and Frank Ocean may simply be too many names for voters to pass up. 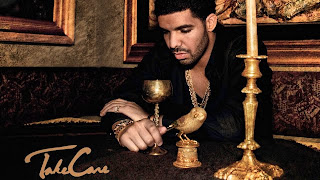 Commentary -  In terms of impressive lyrics, no one in recent memory has quite matched Nas. But the popularity of West and Jay-Z and of the song should translate easily to this category.

Best Rap Album
Will Win - Drake "Take Care"
Could Win - Nas "Life is Good"
Should Win - Nas, Rick Ross "God Forgives, I Don't", or The Roots "undun"
Commentary - Since Killer Mike was criminally snubbed, I would go for either Nas, The Roots, or Rick Ross, all great artists who have unfortunately been ignored too often by the Recording Academy. But my guess is that critical favorite and biggest rap album of the year, Drake's Take Care, will walk away with the gold instead.
Posted by Andrew at 2:21 PM