Best R&B Performance
Will Win - Miguel "Adorn"
Could Win - Usher "Climax"
Should Win - Estelle "Thank You"
Commentary - Usher's hit Climax may seem like the bigger performance, but the Song of the Year nomination for Miguel, as well as his nomination in R&B Song (where Usher is missing), shows broader support for the song, but I think it is a close race. For my money, Estelle's Thank You is the best tune, but I think she is unfortunately in third place at the moment. 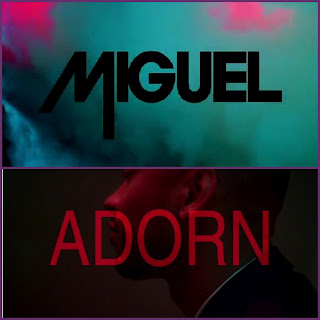 Best Traditional R&B Performance
Will Win/Should Win - Beyonce "Love On Top"
Could Win - Anita Baker "Lately"
Commentary - Anita Baker is probably the more traditional of the performances, so she is definitely a possbility. Plus, Beyonce's 4 has not really been a hit with the Recording Academy. That being said, Love on Top was a radio hit, and Beyonce is still Beyonce. Plus, it is a top-tapping, key-changing good time, and I think Grammy voters will reward her for it.

Best R&B Song
Will Win - Miguel "Adorn"
Could Win - Trey Songz "Heart Attack" or Anthony Hamilton "Pray for Me"
Should Win - Elle Varner "Refill"
Commentary - While the performance category has some competition, I think that with that Song of the Year nod, that Miguel's Adorn is a lock for the R&B Song.

Commentary- The Recording Academy really does need to fix these R&B categories, and not with that three nominee Urban Contemporary Album, whatever that means. They need to go back to R&B Album or Contemporary R&B Album and then a Traditional category, because since the mash-up these categories have seen some strange results. That being said, R.Kelly's Write Me Back got great reviews, and was seen as a return to form, proof he is still one of the best at cranking out solid R&B ballads. So while Hamilton or Glasper are possibilties I think Kelly will return to the winner's circle.

Best Urban-Contemporary Album
Will Win/Should Win - Frank Ocean "Channel Orange"
Could Win - Miguel or Chris Brown
Commentary - This substitute for a Contemporary R&B Album is a weak excuse for a category (only three nominees), and needs to be revived to full potential, with five nominees, and a new name to replace whatever Urban-Contemporary is supposed to mean. That being said, the three nominees are actually good choices, and I think that newcomer and Album of the Year nominee Frank Ocean will be the favorite to prevail, although both Miguel and Chris Brown should not be discounted.
Posted by Andrew at 12:42 PM