Commentary - Life of Pi is probably the most obvious choice, which usually means that it will be the winner, it has the epic sounding score that Academy voters love. For my money, I think that John Williams' ability to temper his normal epic instincts to help protect the intimacy of Lincoln is his most subtle, yet strongest work in a long time, and he could win, as could Thomas Newman for Skyfall, which won the BAFTA. The one I am really looking out for is Alexandre Desplat. Not only is he on his fifth nomination, all coming since 2006, but he composed the score for the Best Picture frontrunner. If voters are looking for another award to give Argo, then score could be a place to do so. My money is still on Danna though. 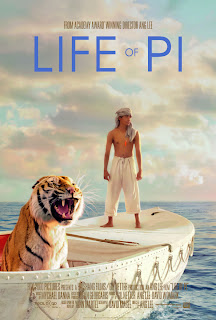 Best Original Song
Will Win/Should Win - Adele and Paul Epworth "Skyfall" from Skyfall
Could Win - Everbody Needs a Best Friend from Ted or Suddenly from Les Miserables
Commentary - Everybody and their brother is picking Adele's awesome theme song to Skyfall, and I have to agree. Not only is it clearly the best of the bunch, but with her name attached to it, it seems like a shoo-in. Which is also why I am cautiously optimistic. They have screwed around with this category so much, and picked some ridiculous winners (there were also a lot of great ones too, despite popular belief), that it is always unpredictable. Actually, both of these music categories really lack precursors to stem from, so they are always a shot in the dark. Watch out for MacFarlane, whose is hosting, and with Suddenly from Les Miserables. Also, the song won the Golden Globe, which doesn't match up with Oscar very often. Like I said, it seems like a lock, but, especially in this year, nothing is as it seems. 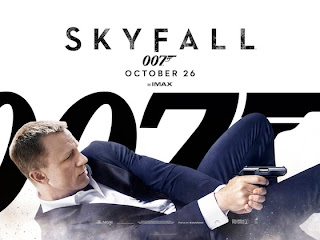