Best Foreign Language Film
Will Win/Should Win - Amour
Could Win - A Royal Affair or War Witch
Commentary - Amour is the first film since Crouching Tiger, Hidden Dragon to cross over into the Best Picture category, and is the only film of the five nominees to have any nominations outside of this category. So conventional wisdom says that it is a shoo-in. Well, until the Foreign Language category is opened up to the full membership, then it will never be that simple. Voters could pull a doozy and go with War Witch or Royal Affair, both of which are a lot easier to sit through than Amour, which while beautiful, is hard to watch. I still think Amour wins, and it should win, but I am not as confident as everyone else. Especially in this crazy year where anything can, and has, happened. 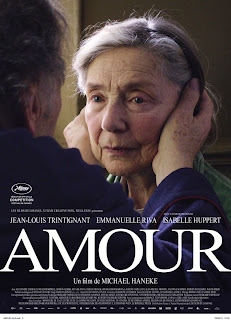 Best Documentary Feature
Will Win - Searching for Sugar Man
Should Win - 5 Broken Cameras
Could Win - The Gatekeepers
Commentary - In this category, the old voting system rewarded either the most populist choice, or a hard-hitting political docs, which this year equals a battle between Searching for Sugar Man and The Gatekeepers (although I would vote for 5 Broken Cameras). But if The Gatekeepers was going to put up a fight, it needed to have won something, and so far it was been a sweep for Sugar Man. Plus, by opening up the vote to the whole Academy, the board of governors has opened up this category to even more populist choices, Sugar Man being the perfect fit. 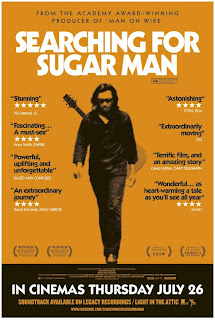