Best Adapted Screenplay
Will Win - Chris Terrio "Argo"
Could Win - David O. Russell "Silver Linings Playbook" or Tony Kushner "Lincoln"
Should Win - Tony Kushner "Lincoln"
Commentary - It really is a shame that Tony Kushner's brilliant work in Lincoln will probably go unrecognized this year. It is even a shame (although less of one) that the careful and senstive work of David O. Russell in Silver Linings Playbook will probably also go unnoticed. I like Argo, and I definitely think Chris Terrio deserved an Oscar nomination for his work. But I find it hard to accept that he will win over two superior screenplays. But alas, Argo is a machine, and since it can't win director, it will need some big award to take with it, and my guess is that it repeats its WGA win right here. 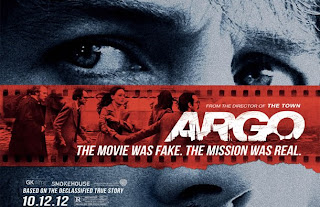 Best Original Screenplay
Will Win - Quentin Tarantino "Django Unchained"
Could Win - Mark Boal "Zero Dark Thirty" or Michael Haneke "Amour"
Should Win - Quentin Tarantino "Django Unchained" or Wes Anderson and Roman Coppola "Moonrise Kingdom"
Commentary - Another three way race, and another tough one to predict, a theme running through this year's awards. Boal won the WGA, but did not have Tarantino or Haneke to beat. Amour still risks being a film that is simply not watched, and with it winning Foreign Language, I wonder if they will feel the need to give it more. My guess is Tarantino. He hasn't won since 1995 with Pulp Fiction, and there has been a nice push for Django as of late. Plus, he beat Haneke at the BAFTA, the only real head to head matchup between the two. It could go either way, but in the end I think Tarantino is going to win another Oscar. 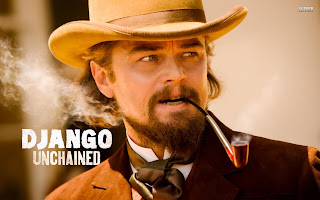