Other Contenders - Epic, The Croods, Free Birds, Turbo, A Letter to Momo, Cloudy With a Chance of Meatballs 2, The Snow Queen, Leo the Lion, The Legend of Sarila, and Khumba 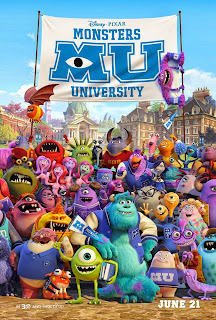 Commentary - At the same time that the domestic animated market is having a weak year, the Academy has changes some of the rules within the branch in terms of voting for this award, where they have to see the films, and the percentage of the contenders they have to see. This will probably increase the nominations for popular films, many of whom have been snubbed over the years. So watch out for Frozen (If it is decent enough), and Monsters University to easily make the cut, especially with Disney and Pixar behind them. I also think that one other (or maybe more) big film that may make the cut. The Croods, Epic, and maybe Free Birds are all possibilities, but the summer's biggest box office surprise was Despicable Me 2. While the first one did not make the cut, in this weak animated year, the sequel could overcome the handicap. But even in the expanded voting era we are now in, I think that some of the foreign options will still manage to sway the Animation branch. The first one is from the extremely popular director Hayao Miyazaki, and it is claimed to be his last film. In that case, I don't see how the branch can ignore The Wind Rises. Finally, Ernest and Celestine is apparently just wonderful, and if they are looking for something more subtle, and something of a higher quality than what is being produced by the studios this year, then this would be a safe place to land.
Posted by Andrew at 9:42 AM