Could Win - Homeland or House of Cards

Commentary - I have been sticking with Homeland for so long, because I think it has a really good shot at winning a buttload of awards come Sunday, and it, unlike its closest competition, is a proven winner. Plus, I had underestimated it last year, and it bit me in the ass. But sometimes, especially in the unpredictable Emmy race, it is okay to take risks. Breaking Bad has never been the Emmy's favorite show, and all of the reasons why it couldn't win in the past, it's characters are trashy or bad, it's dark, and it fits into a niche that doesn't really overlap with many of the older Academy voters. But there is so much buzz, so much popularity, and the second half of its final season is blowing away its viewers and ratings, that I think this is the year that Breaking Bad can finally pull it off. There is this sense of zeitgeist surrounding it, and while the current episodes will be eligible for next year's Emmys, many feel this is its real final shot at the top prize. Of course the problem with this is that Emmy voters, while sometimes extremely sentimental or aware of the zeitgeist, they more often are not. Furthemore, Homeland has six excellent episodes, cherry-picking the best of an otherwise okay season, and Breaking Bad's best episodes are either in the previous season, or maybe, just maybe airing right now. This does play in Homeland's favor, but what the hell, go big or go home. The other big contender that is the dark horse here is House of Cards. It was Game of Thrones, but when the creative branches snubbed it Saturday, I moved it down a bit. House of Cards may be a Netflix show, but it features two-time Oscar winner Kevin Spacey, Oscar nominee David Fincher, and has the political vibe that is popular among Emmy voters. If they just can't get Breaking Bad, and they don't want to go with Homeland, then House of Cards, which has six great episodes, could be the alternative. 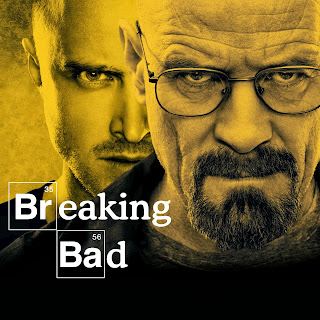