Commentary - Justin Timberlake has won this award several times for a similar schtick on SNL, but this year, his episode was populated by way too many cameos, and it was definitely his worst tape so far. But can he win again? Of couse he can, and there is a good chance that he does. Louis C.K. can also not be counted out. But I think that Bob Newhart was hilarious on The Big Bang Theory this year, and most importantly, he has never won an Emmy award despite his long career. Maybe I am just being hopeful, but I think that this is the year that he finally gets the prize. Timberlake's winning may seen excessive, especially for a lesser effort. Plus, if Bob Newhart goes to his grave without an Emmy it would be a black mark on the Television Academy's record. The time to do it is now! 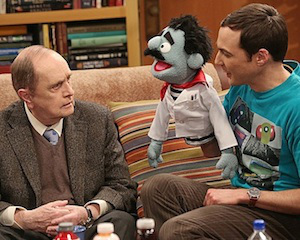