Some sad news, our favorite character actor Kathyrn Joosten known for such roles as Mrs. Landingham on The West Wing, and her two-time Emmy winning performance as Karen McClusky on Desperate Housewives has lost her battle with lung cancer and passed away. I am so happy she was able to see the end of Desperate Housewives, particularly as her character's death was one of the more emotional moments in this year's series finale. She was wonderfully funny, incredibly talented, and after years of hard work finally got the honors she deserved. The Awards Psychic is sending its thoughts and prayers to Joosten's family and friends. Rest in Peace. 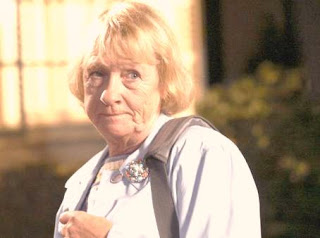