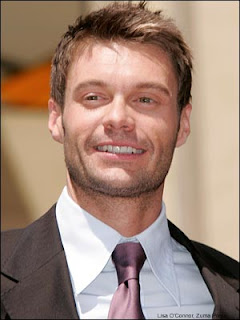 Commentary - Will anybody ever beat Jeff Probst? The answer is yes, but until someone comes up an beats him outright, he remains the frontrunner. Some of his returning competitors will try to unseat him including Ryan Seacrest, Phil Keoghan, Tom Bergeron, Cat Deeley, Heidi Klum, and Padma Lakshmi, and each has a legitimate shot. Coming into this race for the first time could be Carson Daly for The Voice, Brooke Burke for Dancing With the Stars, Nick Cannon for America's Got Talent, Jamie Hyneman and  Adam Savage for Mythbusters and of course Emmy favorite Betty White, for her new hilarious shot Off Their Rockers. On the outside of the list, but still possibilities include some of my personal favorites including Julie Chen, RuPaul, Mike Rowe and Tyra Banks.
Posted by Andrew at 10:19 PM