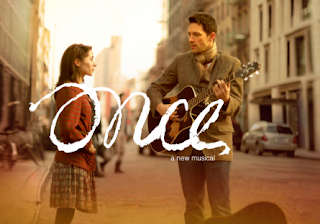 Commentary - A really close race that has seemingly shifted over the last couple of weeks. It was recently perceived that Newsies would win the Tony, but as the show gets closer the buzz for the stage version of Once has been building expodentially, and despite it being an extremely close race, I think that the buzz for once  is now big enough to overtake its closest competitor.
Posted by Andrew at 9:18 PM