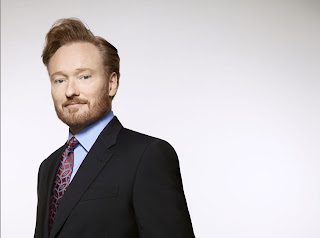 Commentary - I am currently predicting the same lineup as last year, although there are a few contenders not in the top six that could come and upset the apple cart. Of the six predicted, I feel pretty confident about The Daily Show, who will probably win again, The Colbert Report, and SNL, even though it may have lost of its luster as of late. I am also pretty certain about Jimmy Fallon, who has had a good year, and had some huge publicity for his interview with the President (I am personally rooting for him this year, because as a Carolina senior, I was able to go to the filming of that particular episode). The last two slots are a little tricky. Conan was nominated last year, although many hadn't predicted it, so I don't expect anything less. A lot of people are looking at Jimmy Kimmel, which is not a bad choice, but, while Real Time has never been a big winner at the Emmys, it has been a constant nominee, and at this point, I'm just not ready to bet against it.
Posted by Andrew at 2:17 PM