So the countdown begins!! Sorry it has taken me awhile to start this, but as most of you know, life can get in the way of more important things. I hope you enjoy, and stay tuned throughout the summer as we slowly unveil my personal Top 100 Films of the 1990's, as well as continued Emmy and Oscar coverage! 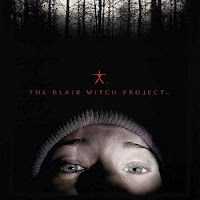 100. The Blair Witch Project (1999) - Before Paranormal Activity hit screens and scared America into two (now going on three) sequels, there was The Blair Witch Project. It isn't often that a film polarizes the film community (85% on Rotten Tomatoes, 47% User Rating, Indie Spirits/Razzie Winner), and while many who read this will roll their eyes and think that I have gone bat-shit crazy, I remind them that not only was The Blair Witch Project scary and emotionally haunting, focusing on the characters and the Hitchcock belief that sometimes the scariest thing is what you can't see, but more importantly, it was a pop cultural phenonemon that has spawned many mockumentaries in the decade plus since its inception, and single handidly created a new category in the horror genre. Sometimes the films that cause the most controversy are the ones that live on in infamy, and The Blair Witch Project is not an exception.

99. Dark City (1998) - Back in 1998, Alex Proya's Dark City wasn't exactly a box office success, in fact most people probably didn't even know that it was in theaters. But fourteen years later, Dark City remains one of the underrated sci-fi films of the 90's. With a Fritz Lang or George Orwell inspired storyline, Dark City is a haunting futuristic look that combines entertaining action with deeper thinking and metaphors that makes it a smart and scary film. But what makes it stand out is not its story line, or even its talented cast. Instead it is the noir style of which it was shot, with arresting visuals, and a certain atmosphere that makes it linger with you long after you have closed on the final frame. These qualities separate it from its sci-fi counterparts, making it a unique experience to say the least, and one of the most memorable of a great decade for film.

98. The Straight Story (1998) - I think all of us have felt that moment of surprise when we realized that this heartwarming story about a man riding a tractor on a long journey to make amends with his sick brother, was directed by David Lynch. His normally film noir, stylistic, and often confusing narratives are all replaced here by a purely straight-forward story that is filled with emotion, great performances, particularly Richard Farnsworth, and a blend of pure Americana style that is both surprising and welcomed from the usually eccentric Lynch. Some have complained that its is slow, but I would rather call it a building enterprise, proving the old addage that it is not the destination, but the journey, and what a thoughtful journey this film takes us on.

97. Wag the Dog (1997) - As a recent graduate of political science, I always appreciate a film with plenty of wonderful polticial satire, and 1997's Wag the Dog by Barry Levinson is one of those films. Let's be completely honest though. Wag the Dog is not some revolutionary film that will forever be remembered as one of the greats, but on a smaller scale it is a wonderfully funny, honest, and well-acted movie (particularly by Robert DeNiro and Dustin Hoffman), that is aptly poignant in today's political atmosphere, and serves as a nice satire not only on our political system, but also on Hollywood itself. Most importantly, Wag the Dog has remained one of the most cleverly written and constructed tales that blends its seriousness with its humor incredible well, and remains something that needs to be seen to this very day.

96. Speed (1994) - Speed is the perfect title for what is quite possibly the fastest paced movie of the 1990's, maybe ever. It's action-packed frames go flying by you at such a ridiculous rate you can barely catch your breath, leaving the viewing experience giddy and exhausting. What I love about Speed is that it never tries to be more than it is. It never tries to delve into plotline twists or deeper mysteries. It simply sets out to deliver a perfectly executed action, popcorn flick on a purely entertainment level. And that is why it suceeds, and remains one of the most memorable films of the 1990's. It is one hell of a ride. It doesn't hurt that it launch the career of Sandra Bullock, making her an instant movie star, and giving America a new sweetheart.

95. Pretty Woman (1990) - Speaking of America's sweetheart, no one hit the hearts of 90's filmgoers more that Julia Roberts. Probably the pinnacle of her romantic comedy career was her role as the hooker with a heart of gold in Garry Marshall's Pretty Woman. Many will argue, including most movie critics, that Pretty Woman doesn't belong on this list. And maybe to some extent, they have a point. But to this very day, Pretty Woman remains one of the best romantic comedies of the 1990's, and is a film that has stood the test of time as an entertaining and well-acted enterprise. Of course most of the film's charm and charisma come from Roberts herself. She has a presence on the screen that few in the industry have, and completely makes the film what it is, and makes you fall in love with the characters and their slightly-sordid story. If that's not star power, I don't know what is.

94. Mrs. Doubtfire (1993) - As a child of the 90's, one of my favorite films growing up was Mrs. Doubtfire. So you can definitely say that this is a personal favorite, that despite some of its family-themed cheesiness remains one of the most heartwarmingly funny films of the decade. At the center of this film is the incredibly flexible and hilarious performance given by Robin Williams. Its been so long since we've seen him really shine on the silver screen, it's hard to remember that at one time, he was one of the most talented and gifted leading men in Hollywood, and Mrs. Doubtfire provided the perfect platform to show off why he is one of the most brilliant comedic actors of this generation. Combine his winning performance with a story about a father fighting for his kids, and you have a winning formula for a pitch-perfect family comedy. And that is exactly what Mrs. Doubtfire is.

93. Husbands and Wives (1992) - There are so many possibilities in each of the last four decades in terms of Woody Allen films, that I felt it was appropriate to simply pick my favorite 90's Allen film to include on the last, and not dig through the wide collection that is his career. In the 1990's, films like Deconstructing Harry and Bullets Over Broadway never came close to the painful, yet stunning dramedy Husbands and Wives. Part classic Woody Allen comedy, part blistering drama about the dissolution of two marriages, Husbands and Wives is a perfect mixture of what makes Woody Allen movies so great. It doesn't hurt that the cast is simply jaw-dropping good, with talents like Allen himself, Sydney Pollack, Judy Davis, Mia Farrow, Liam Neeson, Blythe Danner, and Juliette Lewis, grace the screen, all giving fine performances. But what really makes Husbands and Wives soar is Allen's classic look at human relationships, its brutal honesty is sometimes hard to watch, but is is also what gives it its humanity.

92. As Good As it Gets (1997) - Many still sigh with regret when they remember that Helen Hunt won the Oscar for this film instead of Kate Winslet for Titanic, or Judi Dench for Mrs. Brown. While Hunts performance may not have been as great as her competition, it was still one hell of a acting job in a funny, sweet, and well-written effort by Academy Award winner James L. Brooks. Featuring a neurotically fantastic performance by the great Jack Nicholson, along with an emotionally devastating one from Greg Kinnear, makes this an ensemble to die for. Furthermore it manages to take what could have been a terrible cliched mess, and with great performances and a super-sharp script manages to avoid those pitfalls to end up being a wonderfully funny and touching, and just eccentric enough to set it apart. 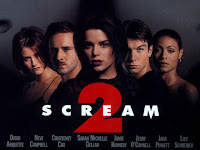 91. Scream/Scream 2 (1996/1997) - I couldn't decide which of these films I liked better, so I decided to lump them together, as I find myself watching them back to back every Halloween instead of on their own anyway. After the heyday of horror passed, ending in the 1970's, there was a huge dry spell. Until the late 90's when the master of the genre Wes Craven revived the genre with his incredibly scary and wickedly funny Scream, which featured what today is now a classic opening scene in American cinema. A year later, he continued his satire of cliched horror films by spoofing sequels in Scream 2. While part 3 was a dud, part 4 felt like old times, proving that the Scream franchise is still fiercely entertaining, and has stood the test of time.