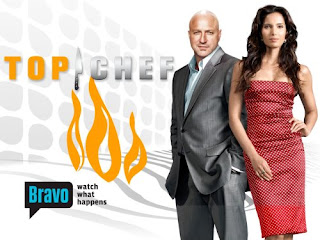 Commentary - It's actually kind of sad just how many of these competition shows their are, and how many overlap. The biggest question this year, is do they stick with old favorites or do they go for some new blood, like The Pitch, which deserves a nod, but probably won't get in. What we do know that The Amazing Race is in the lead, unless Top Chef pulls off another random win. We also know that American Idol will probably get in, as it remains a reality juggernaut. That leaves at least spots. The dancing shows are both good bets, aka So You Think You Can Dance and Dancing With the Stars. Project Runway has done well before, but may have lost some steam, unless its All-Star season provided a boost. Three newer shows that could play a factor could be The X Factor, Simon Cowell's brain child, The Glee Project, which was a lot better than its namesake the last two seasons. The final one is Ru Paul's Drag race, which just got a TV Critics Nod, and while in its fourth season, could finally be popular enough to make the cut. Also watch out for America's Got Talent, and always watch out for the show that started it all, Survivor, although its two seasons this year were not exactly the most exciting.
Posted by Andrew at 8:25 PM