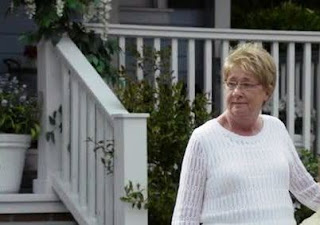 Commentary - There are too many names to talk about all of them, so I'll stick with the more likely contenders. Probably now jumping to the top of the ladder is the great Kathryn Joosten, in light of her recent passing. I would have bet she would have been nominated anyway, but now sentimentality may help her win posthumously as well. Right behind her is Melissa McCarthy whose hilarious turn on Saturday Night Live still has people talking. McCarthy's Bridesmaids co-star Maya Rudolph could also get in for her SNL hosting gig as well. Also a safe bet is Ellen Barkin whose hilarious turn in Modern Family was extremely memorable. While I don't think that the performance was that impressive, simply have Whoopi Goldberg on a ballot ensures her chances of getting a nod as NIADA judge on Glee. Dot-Marie Jones could also get in for Glee, as her storyline regarding domestic violence, while a random detour from the main plot lines, was poignant and provided plenty of great moments to showcase her talent. Some Emmy veterans such as Christine Baranski, Elaine Stritch, Doris Roberts, Megan Mulally, Kristin Chenoweth, Patricia Clarkson, Kathy Bates, and Cynthia Nixon all have meaty parts and are well-liked among the the television community. There are also a slew of potential first-time nominees including Ana Gasteyer, Judy Greer, Leslie Mann, Susan Lucci (Primetime of course), Idina Menzel, Chloe Grace-Moretz, Amy Sedaris, and Robin Wright that have potential to make a splash.
Posted by Andrew at 8:12 PM