New Program
Will Win - The Americans
Could Win - House of Cards
Should Win - The Mindy Project
Commentary - This is a tight race as both House of Cards and The Americans made it into Program of the Year and New Program. House of Cards seems like the most obvious choice after it did so well at the Emmy Nominations. But I think that The Americans, which also got into the Drama and Individual Achievement (for Matthew Rhys) categories, will have more support from the TCA and take home this prize. 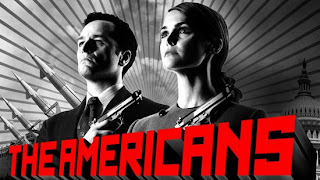