Will Win - The Kennedy Center Honors

Should Win - C.K., Concert for Sandy Relief, or Mel Brooks Strikes Back

Commentary - This is a stacked category with a lot of great choices, and really any of them have a chance of winning. Mel Brooks is an Emmy-winning legend, and his latest Strikes Back could register with his many fans in the Television Academy. The Concert for Sandy Relief was such an emotional and important event to help those still struggling after the devastated superstorm. Also, with idiots like Rand Paul making negative comments against Sandy victims, it make send a political statement to vote for the event. Finally, Louis C.K. is the hottest ticket on television right now, and his standup special is backed by HBO, and frankly is just outright hilarious. But I think that perennial winner the Kennedy Center Honors has the whole package. It honors legends, features the ever popular Caroline Kennedy, is incredibly entertaining, and has a snobby and classy factor that has been key to its Emmy success for years. 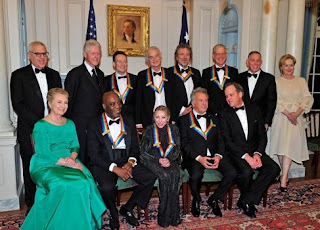