Will Win - Richard LaGravenese "Behind the Candelabra"

Commentary - Another tough race that will probably favor the more popular choice of the bunch. Behind the Candelabra is most likely going to be the big Emmy favorite this year among movies and miniseries, and although I felt its story had some issues, I think that LaGravenese's script will be swept along with the film. I think that the dark and complicated work of Top of the Lake is more deserving in this case, but I think that it will finish in a close second. 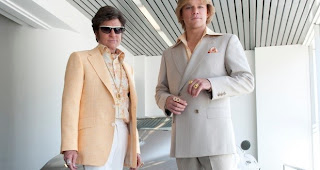